Upstream Tech’s HydroForecast™ is an end-to-end modeling and decision support service that combines physical theory with AI and satellite imagery to provide accurate and reliable hydrological forecasts anywhere on Earth. These forecasts contain the future expected conditions of surface water flows, such as how much water will flow into a lake over the next 10 days, enabling hydropower asset owners to more effectively plan operations.

“ENGIE is a leader when it comes to research and innovation,” said Marshall Moutenot, co-founder of Upstream Tech. “We are excited to embark on this project with their team and explore how HydroForecast™ can improve these assets’ operational efficiency and coordination with other renewable generation.”

ENGIE’s purpose is to act to accelerate the transition towards a carbon-neutral world, through reduced energy consumption and more environmentally-friendly solutions. Part of the Douro river system, ENGIE’s newly acquired hydroelectric facilities consist of three cascade run-of-river plants and three pump-storage plants. ENGIE has a longstanding presence in Spain, and is today a significant energy player in the country.

In recent years, ENGIE has been developing and growing in Iberia mainly through landmark renewable projects such as Goya and Phoenix (onshore wind), Seneca (solar PV) and acquisition of these Douro assets is part of ENGIE’s strategy towards carbon-neutrality , adding 1.7GW of renewable generation capacity. These assets will be optimized by ENGIE’s teams dedicated to global energy management, from Madrid. HydroForecast™ will enable the assets to maximize operational efficiency, grid coordination, and consideration of downstream needs. Upstream Tech has raised the attention of ENGIE thanks to their innovative approach for hydrological forecast and the positive spirit of the team. The first results have already shown an improved accuracy compared to historical providers.

The HydroForecast Team
on
September 2, 2022 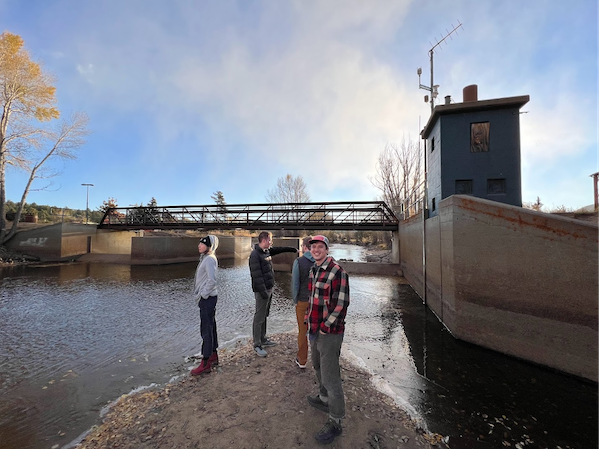